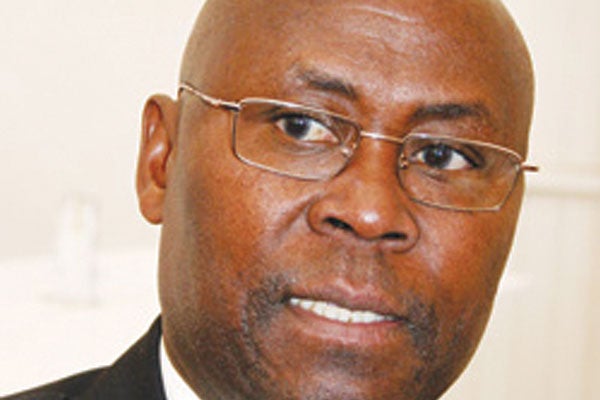 THERE has been an unusually heavy police presence in Harare’s central business district since Tuesday as government readies itself for possible mass protests over the deteriorating economic situation.

This comes after threats by the MDC to organise protests to force President Emmerson Mnangagwa out of power, accusing him of failing to run the country.

The police deployment also comes at a time fears abound that Mnangagwa, who grabbed power following a military coup that toppled former President Robert Mugabe in November 2017, could also be taken out in a similar manner by disgruntled members of the security forces.

The situation became edgy on Tuesday following social media claims that fuel prices had gone up to close to $8 per litre, a move that threatened to trigger a fresh wave of price hikes.
Yesterday, as early as 7am, riot police officers were seen at several key points in the city.

Asked if the heavy police presence was in anticipation of protests, Nyathi responded: “The role of the ZRP is to conduct patrols in all parts of the country. We encourage people to co-operate with the police officers on duty.”

Nyathi denied reports of disturbances in the capital on Tuesday evening that necessitated police firing tear smoke, saying he had verified with all departments and officers on duty said no report was made by anyone that tear smoke was thrown at them.

There has been speculation that there would be a massive demonstration against Mnangagwa’s government over price hikes soon after the MDC congress that was held over the weekend.

Addressing an MDC congress in Gweru at the weekend, party leader Nelson Chamisa vowed to pressure Mnangagwa out of power as his party resolved that it would use all constitutional means, including mass protests.

But government immediately warned that any violent protests would be ruthlessly crushed. Zanu PF youths also said they would not sit back while the MDC activists run riot.

Home Affairs minister Cain Matema in a statement on Monday said the police was on high alert to thwart any dissent.

A 150% fuel price hike in January, announced by Mnangagwa himself, triggered protests around the country, which resulted in security agents killing 17 people, according to human rights groups, with hundreds left nursing gunshot wounds.

On Twitter, former Finance deputy minister Terrance Mukupe last week warned “daydreamers” who he accused of trying to use the same strategy to topple Mnangagwa, that a response was ready for them. He then put a picture of Foreign Affairs minister Sibusiso Moyo announcing the November 2017 coup on Mugabe.

The tweet was immediately interpreted to suggest that there was a plot against Mnangagwa.

It was the second time Mukupe has made reference to a possible ouster of Mnangagwa. He made similar remarks in January fuel protests.

Human rights activists have complained that they are now under increased monitoring and scrutiny with the State now hampering their initiatives meant to address challenges affecting communities.

“Civil society leaders across the country have reported an increase in surveillance, office visits and interruption of their meetings by the State (agents). This has affected the ability of such organisations to implement initiatives meant to address challenges which are affecting communities,” she said.

Mukoko threatened legal action against the State media unless they retract “malicious and falsehoods” against civil society organisations and human rights activists.

The Zimbabwe Human Rights NGO Forum is a coalition of 20 human rights organisations working to eliminate organised violence in Zimbabwe.

Meanwhile, two more human rights activists who are being charged with trying to subvert a constitutional government after attending a skills training workshop in Maldives appeared in court yesterday following their arrest at the Robert Gabriel Mugabe International Airport.

Beauty Rita Nyampinga (61) of Communications Services and Allied Union Workers of Zimbabwe was remanded in hospital under prison guard while Sithabile Dewa (34) of Women’s Academy Leadership in Political Science appeared before magistrate Hosea Mujaya, who remanded her in custody to June 6.

The two were part of a group of civil society activists who attended the same workshop in Maldives, where the State alleges they received training on mobilising protesters and handling small arms. The other accused George Makoni, of Centre for Community Development in Zimbabwe, Tatenda Mombeyarara, from International Socialist, Gamuchirai Mukura from Community Tolerance Reconciliation and Development (Cotrad), Nyasha Mpahlo of Green Governance Zimbabwe and Farirai Gumbonzvanda of Rosaria Memorial Trust were also remanded in custody charged with treason.

“If they were to be placed on remand, upon what facts will that be done? The facts are not sufficient for the purposes of remand. The State does not have an aorta of evidence against the accused persons,” Bamu said.

Mujaya, however, dismissed the application and remanded Dewa in custody to June 6.

It is the State’s case that Nyampinga and Dewa, in connivance with their accomplices, who are already on remand, travelled to Maldives where they went through a training workshop organised by a Serbian non-governmental organisation called Centre for Applied Non-violent Action and Strategies with intent to subvert a constitutionally-elected government.

It is alleged that during the workshop, they received training on how to mobilise citizens to turn against the government and to engage in acts of civil disobedience and or resistance to any law during the anticipated national protest by anti-government movements. The State further avers that they were trained on how to operate small arms, evade arrest during civil unrest and were taught on counter intelligence and acts of terrorism.