This is your last chance, Zanu PF tears into MDC

Source: This is your last chance, Zanu PF tears into MDC – DailyNews 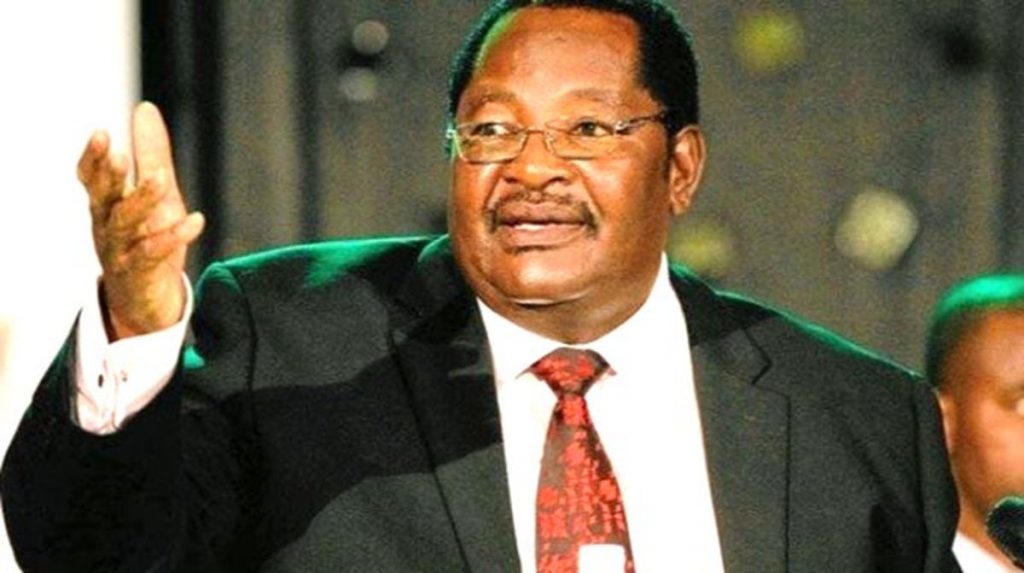 ZANU PF says the MDC is now operating from “the last chance saloon” to work with the former liberation movement and other political parties in the interests of the country and its long-suffering citizens.

Speaking to the Daily News On Sunday yesterday, the influential Zanu PF secretary for administration, Obert Mpofu, also warned opposition leaders Douglas Mwonzora and Nelson Chamisa that they risked suffering political oblivion if they did not join the Political Actors Dialogue (Polad) soon.

Polad is a platform where some of the candidates who contested and lost the 2018 presidential poll to President Emmerson Mnangagwa confer with the Zanu PF leader on national issues.

All this comes as the push for inclusive national dialogue is gathering steam, with the church once again taking a prominent role in the initiative to have the country’s current “Big Three” of local politics — Mnangagwa, Mwonzora and Chamisa — meet at the negotiating table.

And while the three men have all signalled their willingness to engage in national talks, they are yet to find convergence on both the modalities of achieving this and the scope of the dialogue.

“Those politicians in the opposition who think they are entitled to preferential treatment and are immune from the processes which are endorsed by many other political players in Zimbabwe run the risk of isolation.

“The Polad framework simply enunciates a common national vision which is detached from partisan egos and inter-party smear campaigns.

“If they are sincere on dialogue, they must join others in Polad,” Mpofu thundered in the interview with the Daily News On Sunday.

He also said the MDC Alliance was, as things stand, already behind other political parties which chose to join Polad when it was established soon after the 2018 elections — and hence, it “will have some huge catch up to do” if it decided to join the platform now.

In addition, he said, Zanu PF saw “no reason whatsoever” for the formation of another inclusive government with the opposition, given that the ruling party had won the mandate to govern the country alone from the people in 2018.

“Zanu PF is ready for the 2023 elections. We are counting on our electoral mandate renewal to continue our work towards Vision 2030.

“We are not swayed by opinions of certain churches and CSOs. They are entitled to their wishes.

“Otherwise, we will not compromise the constitution by foregoing the election to satisfy a few reactionary elements in our political space,” Mpofu further told the Daily News On Sunday — in reference to some calls to suspend polls for seven years, to allow the nation to heal following decades of election-related conflicts.

This comes as Mwonzora has pledged to pursue what he has called the “politics of rational disputation”, which involves dialogue with Mnangagwa, other political leaders and key stakeholders in the country.

As the momentum to have the broad-based dialogue continues to gather speed, Mnangagwa further appeared to give this push a significant boost on Friday when he praised the MDC for its change of attitude towards the government — in the latest remarks by the country’s leaders suggesting a welcome and progressive mellowing of local politics.

Speaking at this year’s first meeting of Polad, Mnangagwa also reiterated his readiness to engage with all opposition forces — emphasising, however, that this would happen under the auspices of the Polad platform.

“On political developments that have occurred since our last meeting, the government is encouraged by the patriotic stance towards constructive dialogue taken by the MDC … as the official opposition.

“We remain ready to engage with all political parties through the multi-party Polad forum for the good of the country,” he said during the virtual meeting.

“The reforms that we have collectively implemented cannot be ignored. These have undoubtedly brought new socio-economic opportunities and new political realities.

“Some people may differ with our approach, which is justifiable and permissible in any democracy. However, such differing opinions should never be divisive or be against the national interest.

“Neither should these seek to sabotage or make a nullity of the collective will of the majority,” Mnangagwa said further.

“As individuals, groupings or organisations, the over-arching interest of the people of Zimbabwe must supersede sectional or personal interests.

“This spirit must cut across all sectors and more importantly in our grassroots population. For it is at that level that a strong, firm, resilient and sustainable national foundation should be anchored,” he added.

This also came as Mwonzora and the MDC indicated that they were amenable to joining Polad — as long as the platform was broadened to include other key stakeholders such as the church and civil society organisations.

“As a party, we have not yet considered our way forward regarding Polad.

“But in the context of our call for inclusive dialogue, we would not have a problem to being a part — to the extent that Polad can have that level of legitimacy whereby its process is owned by the people through being broadened to include all stakeholders.

“As it is presently constituted, we feel it does not have the legitimacy that is necessary. But since we have not met, this position cannot be definitive.

“In any case, President Mwonzora was not a presidential candidate in 2018. So, that means, as it is presently constituted, he does not qualify to be a member,” MDC spokesperson Witness Dube told the Daily News On Sunday’s sister paper, the Daily News on Friday.

On the other hand, Chamisa has consistently dismissed Polad — insisting that any talks should be between him and Mnangagwa only.

However, his deputy Tendai Biti and top ally Jameson Timba have stated recently that the MDC Alliance is still keen to have talks with Mnangagwa, without conditions.

This comes after churches recently presented a draft national dialogue framework to Mnangagwa, opposition leaders and other key stakeholders, as pressure mounts on politicians to work together in the interests of the country.

On Wednesday, the secretary general of the Zimbabwe Heads of Christian Denominations (ZHOCD), Kenneth Mtata, confirmed to the Daily News that they had dispatched the dialogue proposals to all relevant stakeholders on February 2.

At the same time, it has emerged that the ZHOCD has also approached the European Union and the United States of America to garner their support for the crucial talks initiative.

“The proposal is being shared with the diplomatic community, the business sector and civil society for their consideration because this is a conversation that the whole nation must have consideration regarding how we find consensus and lasting solutions to the challenges we are facing,” Mtata told the Daily News.

The ZHOCD is made up of the Zimbabwe Council of Churches, Zimbabwe Catholics Bishops Conference, the Evangelical Fellowship of Zimbabwe and the Union of the Development of Apostolic Churches in Zimbabwe — with these bodies believed to represent about 80 percent of the country’s Christians.

“Our member churches are also currently studying the national consensus proposal that was presented to His Excellency President Mnangagwa and to the opposition.

“This proposal seeks to find ways in which the nation can find convergence and consensus around five key issues.

“The first one of these is the issue around the humanitarian challenges we are faced with, not only as a result of the drought and cyclones we have had, but also the challenges we are witnessing in health and education even before the onset of Covid-19,” Mtata said.

“The proposal also looks at how we can find a meaningful closure around the hates and violations of the past.

“The proposal also looks at a mutually acceptable agenda for constitutional implementation and reforms. The fourth issue looks at establishing a new social contract towards an inclusive national economy, so that we embrace a new national recovery agenda in which there is broad participation.

“Lastly, this proposal looks at how we can establish international re-engagements in which there is broad participation which is supported by all key stakeholders,” Mtata further told the Daily News.