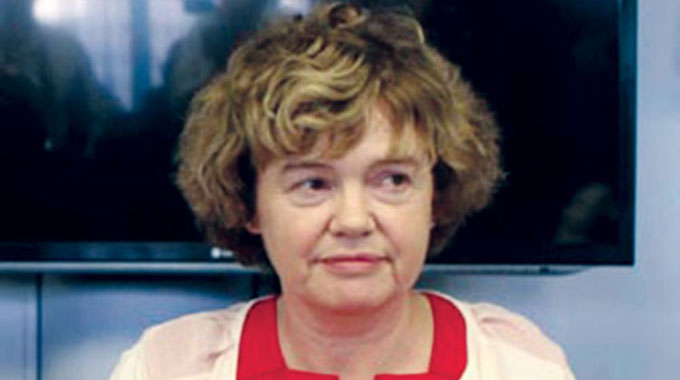 Takunda Maodza News Editor
THE United Kingdom embassy in Zimbabwe yesterday exposed lies by the MDC Alliance that the Zimbabwe Electoral Commission (ZEC) is refusing to avail the voters’ roll for the July 30 harmonised elections, with its Ambassador Catriona Laing saying they easily got their copy at the electoral body’s office in Harare.

In fact, the MDC Alliance intends to stage a demonstration at its head office in Harare for the release of the voters’ roll and was as of yesterday evening mobilising through social media.

Ambassador Laing confirmed through her Twitter handle that the UK embassy had accessed the voters’ roll, posting: “As we have explained, we did what many others have done today which is go to ZEC, queue up, pay the fee and receive a CD copy of the roll.

“@CSU was there as was EU observer mission. As for talking to others I met @nelsonchamisa last week.”
Added the UK embassy on its official Twitter handle: “Today we managed to access a copy of the voters’ roll from @ZECZim offices. Our official went there early this morning, queued, paid 20 US and came back with a copy.”

Advocate Fadzayi Mahere, who is contesting as an independent candidate in Mt Pleasant, also confirmed having received the voters’ roll, contrary to assertions by MDC Alliance which claimed accessing the voters’ roll was a nightmare.

“After requesting a copy of the voters’ roll on Friday, we finally have a digital copy,” she said. “Huge thanks to our team’s head of election systems for his patience and hustle. My team is gold.”

A Non Governmental Organisation, Election Resource Centre, which had sued ZEC over the voters’ roll, also accessed it yesterday.

This exposed MDC Alliance activists and politicians that included Mr David Coltart and Mr Alex Magaisa.
Mr Magaisa, a former advisor to Mr Morgan Tsvangirai, had earlier implied that ZEC gave the UK embassy the voters’ roll ahead of anyone else.