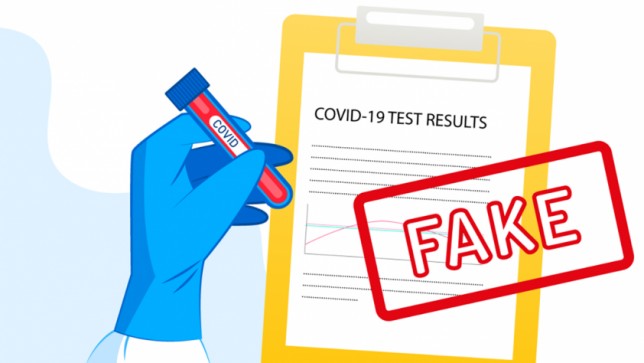 This comes as there has been a huge proliferation of laboratories caught on the wrong side of the law after their staffers have been implicated in fake Covid-19 certificates scandals.

It also comes as there were reports that Klosad and Lancet laboratories were allegedly issuing fake Covid-19 PCR certificates.

In a bid to curb the spread of the deadly respiratory disease, it is now a requirement for all travellers going out or entering Zimbabwe to present negative PCR certificates issued at least 48 hours before the date of travel.

With the average cost of a PCR test going for US$60, this has opened the door for rogue elements in the medical and printing fields, who are now providing fraudulent certificates to desperate travellers for as little as US$15.

In that regard, Zacc has stepped in to ensure sanity prevails in this sector as these fake certificates have the potential to derail the government’s efforts of curbing the spread of the pandemic.

“A Zacc crack team has been put in place to probe these reports in order to swiftly bring the culprits down to book and the commission would like to strongly warn the perpetrators of this corrupt practice that the long arm of the law will descend heavily on them,” Zacc spokesperson John Makamure said in a statement yesterday.

Besides probing rogue laboratories and their employees, Makamure said Zacc was also going after those public officials who were stealing personal protective equipment and other Covid-19 sundries from public health institutions.

Meanwhile, Lancet has denied the accusations distancing themselves from the reports that one of their staff members was offering to change Covid-19 positive results for individuals for a certain fee.

“We take any allegations of attempted fraud seriously and have launched an internal investigation into the allegations that a member of our staff offered to change test results and we will issue a public statement once investigations are over.

“In the meantime, we would like to assure the public that our results come directly from our lab testing equipment and cannot be altered after the fact,” Lancet said in a statement.