Zanu-PF has no control over ZEC: VP Chiwenga 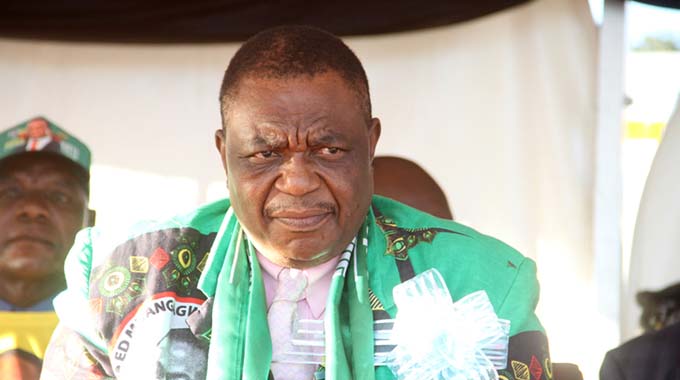 Addressing thousands of Zanu-PF supporters at Simchembo 1 Primary School in Gokwe North, VP Chiwenga said the ruling party does not interfere in the day-to-day operations of ZEC.

The opposition MDC Alliance has cried foul over ZEC, which it claims is aligned to Zanu-PF, a sentiment largely viewed by many as fear of imminent defeat by the ruling party on July 30.

But yesterday, VP Chiwenga said the MDC Alliance must stop being crybabies and let ZEC run the election as mandated by the Constitution.

“ZEC is an independent body and as Zanu-PF we have nothing to do with it. The elections will go as planned. Surprisingly, they are being crybabies yet they were part of the process to put the electoral body in place,” said VP Chiwenga.

He said the Zanu-PF campaign machine was on a roll and the ruling party will win resoundingly, come July 30.

VP Chiwenga said Zanu PF is the only party that will develop the nation.

“The future of our country is in our hands and so is the future of our children. So come July 30 you must vote for your Zanu-PF councillor, your member of Parliament, who in this case is Cde Lovemore Chikomba, and President Mnangagwa. President Mnangagwa on July 31 will become our new leader of the country and he has already declared Zimbabwe is open for business meaning a brighter future for every Zimbabwean,” he said.

VP Chiwenga said the country was on a new political, socio-economic trajectory.

“President Mnangagwa after November 24 promised a new Zimbabwe of opportunities for everyone and so Zimbabwe will not go back to the old. We are doing new things and we want to satisfy every Zimbabwean,” he said.

VP Chiwenga said the Zanu-PF belonged to the people and no individual owns the party.

“It is you who elect the leadership of the party and you elect the leaders of the country. Zanu PF is too big and can not be placed in anyone’s pocket. Even if you are the most popular member, we will not allow you to put the party in your pocket. But what is good about Zanu PF is that it accommodates everyone, “ he said.

He said Government was aware of challenges faced by the people in Gokwe North.

The Vice President said Government was also recruiting qualified teachers to teach such langauges as Tonga.

They are Tonga’s speaking people in Gokwe North.

Government is also working on electrifying the area.

“We are aware that you need good roads and we are going to put gravel on some roads which are sandy as well as tarring those which need to be tarred. I have promised the Midlands Minister of State for Provincial Affairs Cde Owen Ncube and the Zanu PF Provincial chairperson Cde Daniel MacKenzie Ncube that we are going to bring centre pivots and start an all year irrigation scheme, which will be under Chief Simchembo as a matter of urgency.

This is in line with our policy to put 200 hectares in every district under irrigation. We are looking at the prospect of reopening Sengwa Coal Mine so that we increase power to the national grid for use in industries and mines,” added VP Chiwenga.

“The plan to bring electricity has been underway and I heard they had set an August deadline for that positive development. But I am promising you that you will have the power as soon as possible before the August.”

“The Zanu PF Government has the people at heart and will do many socioeconomic development programmes for the people and therefore the need for you to vote for President Mnangagwa for continued development,” he said.