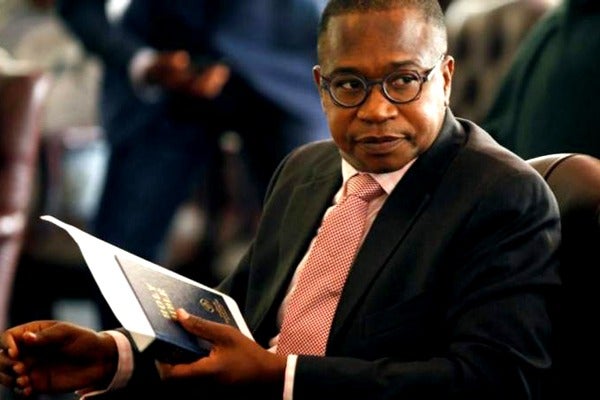 ZIMBABWE recorded a US$52,8 million trade surplus against South Africa, its major trading partner, after exporting goods worth US$218,4 million to the neighbouring country in the month of January 2020, official figures have shown.

Latest data from the Zimbabwe National Statistics Agency (ZimStat) shows that Zimbabwe exported goods worth US$218,4 million to South Africa in January this year against imports of US$165,6 million, giving a trade surplus of US$52,8 million.

Exports rose by 41% while imports increased by 70%.

Globally, exports reached US$397,7 million against imports of US$383,6 million, giving a trade surplus of US$14,1 million.

Last year in the same period, the country recorded US$366,7 million imports against US$292,6 million exports, giving a trade deficit of US$74,1 million.

Other notable trading partners for Zimbabwe in the period under review were United Arab Emirates, Mozambique, Zambia, China and India, among others.

In his 2020 national budget, Finance minister Mthuli Ncube revealed that forex supply constraints compressed importation of essential inputs and capital equipment and as a result merchandise imports declined by 31%, to US$3,2 billion from US$4,6 billion recorded in the comparable period in 2018.

He said production in 2019 was depressed by an unconducive macro-economic environment and energy shortages, which weighed down merchandise export performance.

Analysts say trade between Zimbabwe and countries in the world is under threat due to the outbreak of coronavirus.

“Most of Zimbabwe’s diaspora remittance is from South Africa. A severe outbreak may significantly slow down the business in South Africa, thereby affecting incomes of the employees especially in non-regulated industries where most Zimbabweans are employed,” economic analyst Believer Mhlanga said.

“This in turn will affect the much-needed foreign currency availability in Zimbabwe. Foreign direct investment will also be affected,” he said.

Another economic analyst Godfrey Kanyenze said much of the huge demand for Zimbabwe’s commodities was coming from China.

“As we speak, there is little demand for our commodities. This is going to affect us in terms of remittances and exports,” he said.