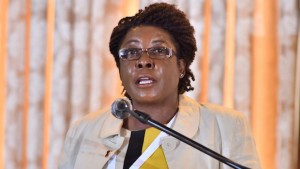 COMPANY executives and entrepreneurs have expressed concern over the Zimbabwe Revenue Authority’s (Zimra) failure to process debt set-off applications, despite the existence of an arrangement between companies and government, The Financial Gazette has learnt.
In general terms, set-off means mutual redemption of reciprocal debts either by agreement between the parties or by unilateral declaration of one party. The debtor has the right to set off own claim against his or her creditor’s claim.

The operation of the set-off arrangement allows companies to fund critical operations from the limited cash resources available. Zimbabwe’s cash woes have been due to shortages of foreign currency.

Zimbabwe National Chamber of Commerce (ZNCC) president, Divine Ndlukula, revealed that companies were encountering difficulties processing debt set-offs with Zimra, despite pledges by the tax collector that these would be expedited to reduce cash flow constraints for companies.
“Companies are finding it difficult to have their debt set-offs processed. Sometimes, if it’s processed at all, it takes more than eight months after it has been authorised for a set-off to be processed,” said Ndlukula, who spoke at a ZNCC business review conference held last week in the capital.

In terms of the set-off arrangement, the tax collector is supposed to net-off the tax obligation against debt owed by government ministries.

But due to desperation for cash required to fund government operations, Zimra, which is battling to increase revenue streams against the backdrop of company closures
and increasing joblessness in the country, has not been processing set-offs, resulting in companies crying foul.

In most cases, Zimra has gone to the extent of garnishing company accounts without notice, compounding firms’ problems.

“Yes, government owes business, but there is a process for debt set-off. It’s done by the Ministry of Finance and Economic Planning. Once that is done, we will then look for money to pay off. I think the only problem is the process to identify the money to pay off the debt. Yes it’s taking longer to transfer because it’s not paper money that we pay with. We will, however, look into the issue and try to resolve it,” Kuzvinzwa said.