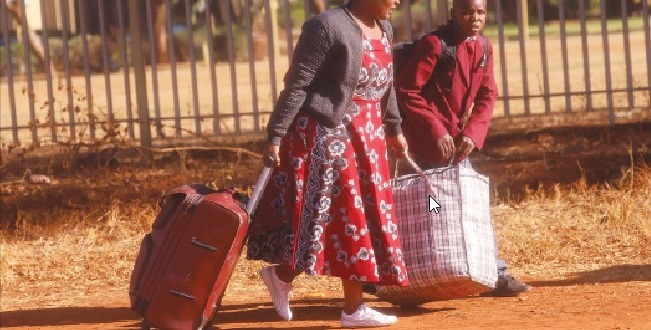 CHAOS marred the reopening of schools for the last batch of pupils yesterday with the majority of pupils being turned away as there were no teachers to conduct lessons while other schools cited lack of personal protective equipment.

Most teachers have not been reporting for duty since schools reopened for examination classes on September 28 citing incapacitation. They are demanding at least US$520 in monthly salary, but government has shot down the demand as outrageous.

A snap survey by NewsDay at different schools throughout the country revealed that only school heads, student teachers and teachers-in-charge reported for duty.

Contacted for comment, Primary and Secondary Education minister Cain Mathema curtly said: “We just want teachers to be at school, the government has offered them something.”

Asked whether the affected children would sit for Grade Seven examinations, Mathema said: “Examinations are still going ahead — what more do you want?”

An angry parent in Chiredzi blasted government for trivialising the matter.

“Our government does not bother about our children’s future. This second republic has totally destroyed the education system. Education is now for the rich government officials’ children only,” Marko Shoko, a parent said.

“It seems that education has been deprioritised when compared to other State services. It is ironical for teachers to be clustered around $15 000 disregarding their qualifications and length of service. This is a sure case of depriving teachers of equitable treatment by the employer.”

“The government remains obdurate, refusing to restore the value of teachers’ salaries to a minimum of US$520. Teachers’ salaries were illegally slashed through currency reforms in 2018. Teachers currently earn around US$50 excluding the COVID-19 allowance,”

He said it was government’s duty to protect the right to education as stipulated in section 75 of the Constitution.

Progressive Teachers’ Union of Zimbabwe president Takavafira Zhou said: “The situation in schools is very clear; our members have not turned up because they are incapacitated, we have spoken out that we are incapacitated and we will continue until we are capacitated.

“Government should know that threats do not work, dialogue with teacher unions is the way forward, “Zhou said.