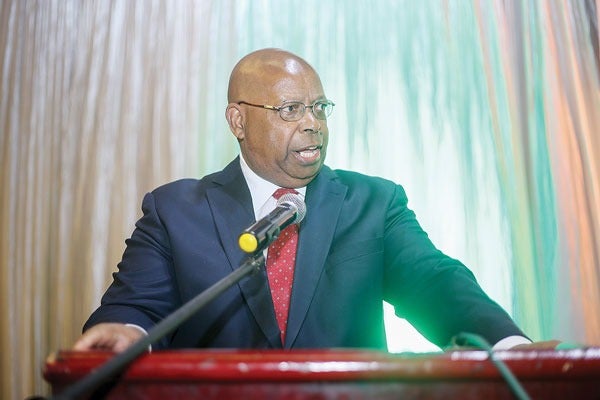 PARLIAMENT was yesterday adjourned earlier than scheduled due to the coronavirus scare and the seating chaos in the National Assembly, where 270 legislators are packed in a House that can only seat 150.

Speaker of the National Assembly Jacob Mudenda announced that Parliament would adjourn until May 5, but he added that resumption of the House would also depend on the prevailing conditions at that time.
According to the Parliament sitting calendar, the House was supposed to adjourn next week for the Easter holidays.

Mudenda, however, said there would be exceptions on a case by case basis, where portfolio committee meetings might be allowed to sit provided the gathering has less than the recommended numbers of 100 people.

In a ministerial statement yesterday, Health minister Obadiah Moyo said since March 13, around 9 500 travellers were screened at the ports of entry and 370 of those were on surveillance.

He said at the moment, Zimbabwe had no confirmed case of coronavirus.

Proportional Representation legislator Priscilla Misihairabwi-Mushonga (MDC) asked him to explain why schools were still open when most of them had water challenges.

But Moyo said schools would not close as there was no single case of coronavirus recorded in the country, adding that a study was done to find out if it was that dangerous to let schools continue for the next fortnight.

“We are going around telling headmasters to ensure that at schools, children are discouraged from playing or gathering in large groups. Should need arise to close early, then we will do so,” Moyo responded.

Meanwhile, there was chaos in the House during the question-and-answer session when Justice minister Ziyambi Ziyambi and Agriculture deputy minister Vangelis Haritatos were grilled by Norton MP Temba Mliswa (independent) and Harare East MP Tendai Biti (MDC Alliance) over the gazetting of Statutory Instrument 62 of 2020, which speaks of indigenous farmers owning land and compensation of farmers under Bilateral Investment Protection and Promotion Agreements (BIPPAs).

Mliswa said it was inconsistent with section 72(4)(a) of the Constitution, which stipulates that if land is to be given back to the whites, the Constitution must be amended.

He said Haritatos must explain where the black farmers who were resettled would be settled after giving the land back to the whites, and whether there was now a policy shift in government.

Haritatos said the land belonged to the State, adding that on BIPPAs, if government feels it impossible to give that land back, it will go the compensation route.

Biti said the net effect of SI 62 was to allow government to take back land it had already distributed through the land reform to its original owners, adding that a constitutional amendment was required.

Ziyambi responded: “We have not been doing compensation and this SI 62 wants to kickstart the process of compensation. We were taken to arbitration and we lost dismally and what we were asked to pay is exorbitant and we now have to honour our agreements. There is nowhere in the Constitution where it says if the State acquires land, they cannot allocate it to anyone.”

His response triggered interjections and resulted in opposition MPs singing and scolding Ziyambi, saying Zanu PF had sold the country.

Cornered, Ziyambi said statutory instruments were powers given to the minister, but they come before Parliament to be scrutinised.